Recently re-watching the very first episode of Sex And The City, and I was struck at how relevant it still is.

Many of the storylines are timeless and many of the truths are universal. But I’d kinda forgotten how good it was.

First aired in 1998… I was 18 and was immediately hooked. These four women and their adventures with friendships, relationships and life’s twists and turns, became Saints for me. Those heady years of my late teens and early twenties I consistently worshiped at the altar of Channel Four to catch my SATC fix. 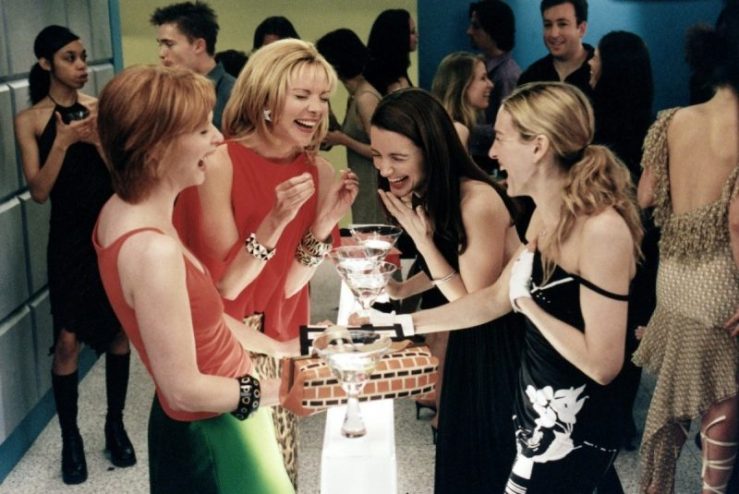 It was an education, a revelation of things that may be in my future, or was already dealing with, and added to my arsenal of tools to equip me to navigate through life. It helped of course that there were always four points of view from the four leads; Carrie, Samantha, Miranda and Charlotte. As well as the point of views from the orbiting characters. Nothing was ever quite Black and White, right or wrong.

I was so emotionally invested in SATC through the six years that it was on TV. There were many, many times when I laughed and cried along with the characters. Samantha going through cancer was one that springs to mind. You know the type of laughing and crying you do with your closest friends? That. 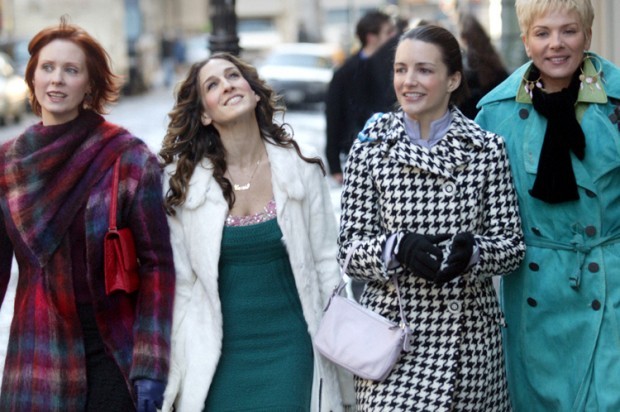 I remember being so excited about the film version of the show but it turned out to be the antithesis to the original television concept. It has genuinely taken me years to go back and start to watch the TV series of SATC again. I hated the two films. I was so annoyed at the switch that happened with the characters.

It’s only now, six years after seeing the second film, that I’ve managed to forget enough of it (and the first) to be able to pretend they never happened in the SATC universe.

So when my girls are old enough, I’ll be encouraging them to sit down and watch Carrie and co. with (or without) me.

What are your thoughts on Sex And The City? Have you re-watched it?

3 thoughts on “SATC ~ A Rekindled Romance”