I’m so excited to share with you my thoughts on the Fashion on the Ration exhibition that has finally arrived up North.

Fashion of the Ration is a 1940s street style exhibition examining and celebrating what life was really like in Britain during wartime. It was originally shown in the Imperial War Museum in London and despite my attempts, my schedule last year didn’t allow me to visit.

I stayed hopeful that they would bring the forties fashion exhibition up to our own branch of the institution- the Imperial War Museum North.

Fashion is on the Ration is now here until 1st May 2017- hurrah! 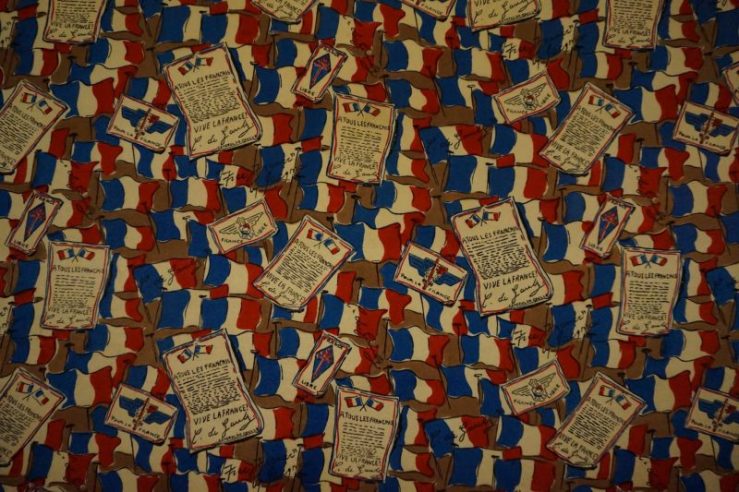 The exhibition itself has some stunning garments to see, but for me it it was more about the protection and maintenance of the identity of the people left behind. This becomes even more important in times of adversity. The never~ending hope back at home despite what was going on the the rest of the world, the people of Britain soldiered on and held their heads high.

“This morning, I put a pair of flannel pants on, a big heavy sweater, and a thick woollen pixie hood,” wrote housewife Nella Last in her diary in 1941. “I had a good laugh at my appearance, but felt ready for anything!”

Trousers, for the first time started to become the norm for women, and headscarves and turbans were worn for health and safety reasons- but they were also a way for women to add a bit of glamour and personality to their outfits. My favorite parts of the exhibition are;

The weekend of 4th/5th June see’s the Fashion on the Ration Weekender take place at the museum- from turban making to guided tours to meet the author- there’s loads of stuff going on.

To celebrate the opening of Fashion on the Ration I’ve a brilliant giveaway for you.

This is for UK entrants only and the prize is;

6 thoughts on “Fashion on the Ration 1940s streetwear”