Our front door is original and is as old as the house, circa 1928. So it has seen a few different guises and licks of paint.

We (my husband) stripped the door for a gunky painted racing green, down to a burgundy and then what looked like a white.

We’ve been wanting to update the door for a while but I was being very indecisive about what colour to use. I originally wanted a red, post box red, front door. But the red swatches I liked just didn’t work on the door.

I think this was for a couple of reasons. One is that the door faces North and doesn’t get a lot of sun (we have a porch too which cuts down the light even more) and I think red, or a least the reds I was looking at, need light to really Pop.

The other reason the reds weren’t working is that there is some stained glass in the door, non of which is red. In fact it is the Suffragettes colours of Purple, Green and White (or clear glass in this case).

Perhaps the makers of the door were supporters of the Suffragettes- perhaps its no coincidence that in 1928 (my house’s birth date) woman were finally granted the right to vote on the same terms as men.

Whatever the history behind this stained glass we decided to run with a shade of purple.

Valspar was our saviour when choosing as the have so many shades- we collected some swatches that we liked and stuck them to the front door to see what worked. 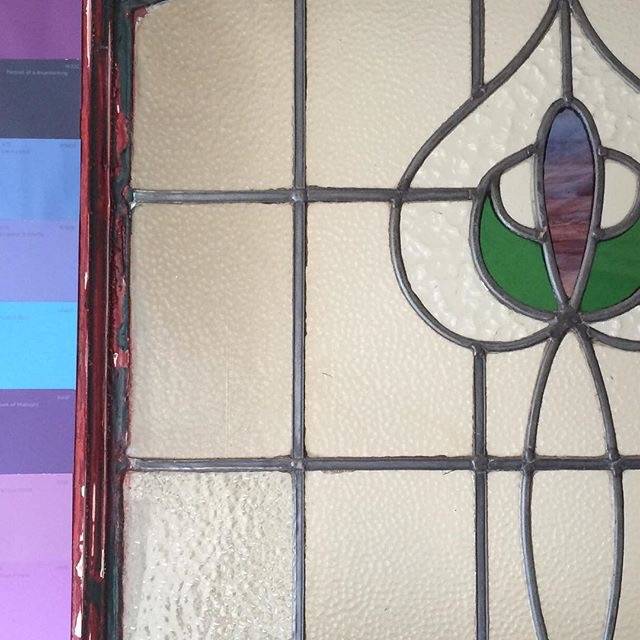 We eventually narrowed in down to Cloak Of Midnight, which sounds suitably Gothic for our tastes but is actually a blue purple. Its a similar shade to a favourite coat of mine which also made it feel right for us.

Valspar also supplied us with an undercoat which was made for us specifically to work with the paint colour we had chosen. It was a grey and foolishly I forgot to take any photos of this but it gave a really smooth finish for the purple paint to go on to. 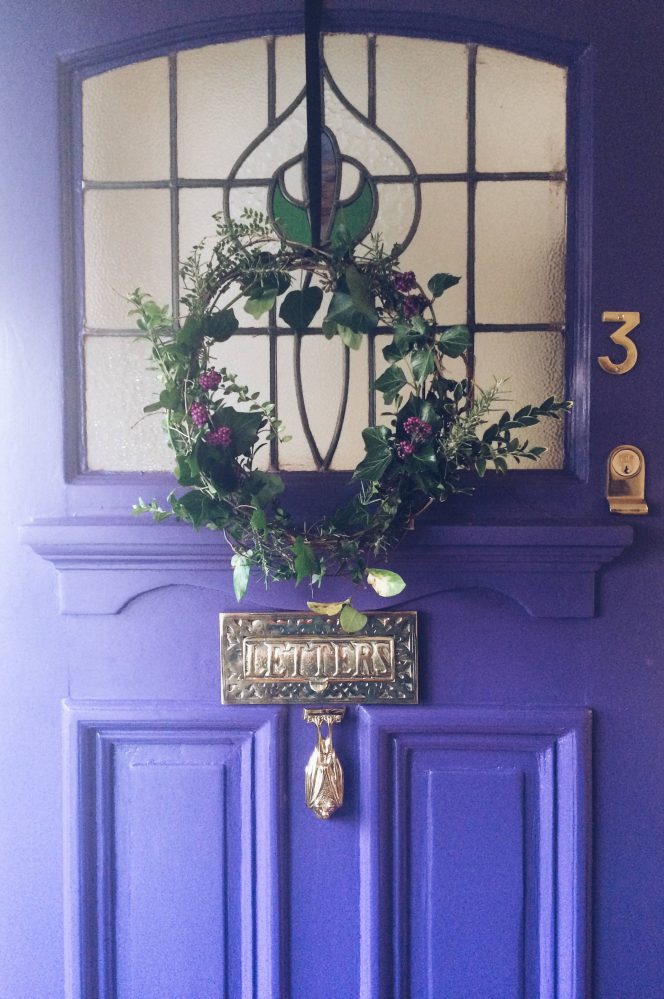 What do you think? I’ve made a wreath for the first time this year too! The berries from my neighbours Callicarpa bush go perfectly with the purple door!

Would you have a purple front door?